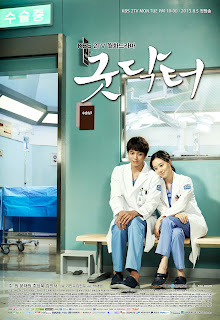 This drama is about the pediatric department and its doctors.
Park Shi Ohn (Joo Won) is recovering autistic patient, which he has had ever since he was a kid. But with the help of doctor whom he sees as his father, he was thought how to speak, converse and act. Due to his illness he has been bullied, teased and seen as a handicapped person, all that giving him low self-esteem and inferiority complex. Living with the trauma of the death of his brother and his father’s abusing him; he has built a wall in his memories and forgotten his parents completely.
When the doctor who helped him all his life happens to be the director of Sung Won University Hospital, he gets the chance to become a resident of the pediatric department, which of course doesn’t go well with most of the board of directors since he medically is seen as a handicapped individual. But when he by sheer coincident saves a child’s life, and it gets media attention, the board decides to give him a shot, of course if he makes mistakes or does anything to ruin the hospitals reputation both he and the director would leave the hospital..

First of the review is a bit dull, since I tried not to give much away, so it ended up being shitty, sorry. Second, this drama is so good it is not okay. I have watched a lot of dramas with pathetic or/and pitiful, but this guy seriously broke my heart. His story and everything about his life is so sad, I was rooting for him all the time. And I do admit, I kind of though Moon Chae Won was ok.. I don’t fully like her yet, but she is better than she was in Nice Guy.. Better acting and most defiantly a better character.. I love that the love story wasn’t the main focus, and that the patients’ stories were much more centered. It is heartbreaking and sad, yet it melts your heart. I never dream of dramas, I dreamt of this. For me that says a lot.
All in all very good!