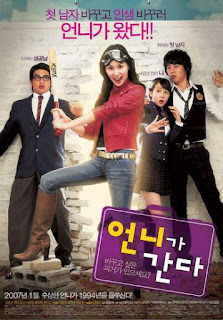 Na Jung Ju (Ko So Young) is an assistant designer, who still suffers under the rejection of her first love, Jo Hani (Kim Jung Min) who dumped her right after he slept with her. Ten years have passed, but not only is it that she cant forget him, the fact that he is a superstar makes things even harder.
One day, at a fashion show, where Jo Hani is guest, she by accident drops a pencil making him fall, angering her boss, not only that; she meets her old high school friend, the one she used to call geek, Oh Tae Hoon (Lee Beom Su) who has become a millionaire. He then tells her that she was his first love and that he wants to meet up with her, only for it to be ruined by memories of Jo Hani. When she returns home, the death anniversary of her mother is at the same night, making Jung Ju feel miserable. But something magical happens that night: her computer starts to act weird and asks her ’to turn back time’. At first she’s sceptical, but after returning to the time where she drops the pencil, she decides to go back to 1994, the year in which she met Jo Hani, and make her younger self reject him, and fall in love with Tae Hoon.

Hmm, how can explain this movie? It’s good, but slow. It’s fun, but typical, and it’s sweet, but tiring. Okay, that didn’t make sense.. No seriously, it is a good movie, one of the few good ones, where the dialogues aren’t all melo(dramatic), but noting is really happening. I think if they made a love story with Jung Ju and Jo Hani alone, and not having that ’player’ part in it, it would be a hit, cause he made me nervous! Lol, that stare and those words! GAAH! On the other hand, I was rooting for Tae Hoon, hot..!!!! Anyhows, it’s good, not a waste of time, but don’t expect the world.. : D