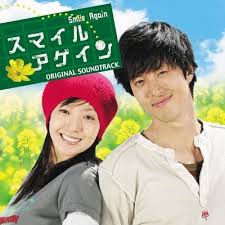 Ban Ha Jin (Lee Dong Gul) lost his parents when he was a little boy, and managed to live his life alone all that while. Despite having a sad life, Ha Jin is intelligent and is good at school, and has a dog nose, meaning he has an insane sense of smell. He has dreams of going to college, but does not have the money.
Oh Dan Hee (Kim Hee Sun) is not that good a student, but she is brilliant when it comes to baseball. His first meeting with Ha Jin is during a baseball game, where by coincidence her idol Yoon Jae Myung (Lee Jin Wook), a baseball talent and son of a millionaire, ‘saves’ her, but the real saviour is Ha Jin. Dan Hee’s worst ‘enemy’, ever since childhood wants to bring Dan Hee down, so he tells Ha Jin that is he’s going to pay the college money for him, if he helps making a fool of Dan Hee. Being a good liar and as smart as Ha Jin is, seducing Dan Hee isn’t a problem for him, but he happens to fall for her as well.
On the night, where the “big embarrassment” is to happen, Ha Jin has second thoughts, but as his childhood friend Choi Yoo Kang (Yoon Se Ah) is being beaten by her abusing father, Ha Jin comes in the middle, and Yoo Kang ends up hitting her father in the head. Back in school. as Ha Jin enters, Dan Hee has been humiliated, so she runs out crying and heartbroken. Ha Jin runs after her, but is stopped by Yoo Kang, who tells him that they killed her father. The two of them run away, so nobody knows about it.
Four years later, the all-time baseball star Yoon Jae Myung is hurt and goes to Switzerland, to get away from people who tell him to leave baseball, where Yoo Kang happens to study, and Ha Jin visits her. Ha Jin notices that Jae Myung is on the verge of mental breakdown, so he decides to take advantage of him and befriends him.
At the same time, Dan Hee comes to Switzerland to support her friend and find out that her baseball hero is devastated, so she tries to help him. She then happens to meet Ha Jin again after four years, whom she swore never to talk to again. Ha Jin on the other hand knows that Dan Hee is his one and only true love.

Waaah, I finished it. At the beginning I had a hard time getting through the first episodes, but it’s one of those drama which you have to watch in one go. What surprised me was that I actually ended up liking it. I seriously couldn’t wait to know what would happen, and I felt several times that the story was picking up pretty neatly, which is unusual for a Korean drama. If you watch one, you’ll notice they have one mayor problem and then creating small right next to it, which ends up making you feel drained all the way through. Yes, it does have the ‘drainy’ feeling to it, but with class. It’s more of 5 big problems needing fixed, making it easy to follow, and not getting annoyed.
It has all ‘korean-drama’ elements, except for the lead actor being amazingly bad, like really bad, even made me chill a couple of times. But of course it’s about how the lead actress makes the bad boy good, typical. Anyhows, I’ve become a fan - Lee Dong Gul’s – the lead actor, and honestly I'm gonna watch some of his dramas now.. Hihi..

I'm gonna watch this because I am very fond of KIM HEE SUN <3 I began to like her when I came across with Angry Mom a tv series of her last 2015. I became a fan of her since I watch AM :)