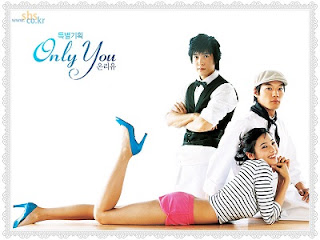 Wanting to achieve her dream, Chae Eun Jae (Han Chae Young) left her disappointed family in Korea, to study cooking in Italy. Her best friend Jung Hyun Sung (Lee Cheon Hee) comes along, to help and to study cooking himself. As Eun Jae tries to find a pepper paste recipe, in order to pass her final test to make one step closer to achieving her dream, she bumps into Han Lee Jun (Jo Hyun Jae), who is looking for a woman. The woman happens to be the woman who has the recipe and happens to be the mother of Lee Jun. The two of them get a mutual understanding, and end up having a one-night-stand, which later, due to misunderstandings, ends up with them parting. 3 months later, Lee Jun joins the army, and Eun Jae finds out that she is pregnant.
6 years later, after giving up her dream and returning to Korea, Eun Jae takes lousy jobs, in order to make a living and to support her son as a single mother, but it doesn’t come easy, since she together with her family, tries to pay off her father’s debts. Lee Jun on the other hand, gets a chance from his strict father to deal with the no. 1 business in the firm, Italian food. As he is searching for a new cook, he happens to eat Eun Jae’s cooking, and is stunned, so he starts to look for her, but she has no interests in meeting him...

I think I have a thing for premarital-pregnancy/children love stories. My first impression was that this drama was like Autumn’s Concerto, but it turned out to be a bit different. In Only You the couple face opposition like no other, like the ONLY ones that wants them to be together is, well, the lead actor... Even the lead actress is against it, occasionally moved, so she is all lovey dovey until she remembers that it is apparently impossible for them to be together. Both supporting actors / actresses are like at war, so love is impossible. Lols, I have to say, I figured everything out, so no surprises at all. Okay, the pregnancy I didn’t expect, nor the one night stand, but to be honest, everything was ‘see through’. Still, it had its charm, though I would’ve liked the son to be more in the story, and gotta admit the food looked delicious.