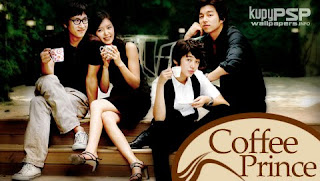 Go Eun Chan (Yoon Eun Hye) is a girl who lost her father at young age and has been working ever since so that her mother doesnt have to work and her sister can go to school. While she has been working so much since she was young she has lost her femininity and is often mistaken for a boy, which is sometimes good because then it is easier to find a job. One day as she has to deliver some food to a costumer she witnesses a purse being snatched away from a young lady, she immediately sets after the thief but then notices that it is the guy who likes her younger sister, so she lets him go. The man who was with the young lady who got robbed (Choi Han Kyul played by Gong Yoo) then accuses her for being a part of it and just trying to get money out of them. Eun Chan denies several times and then gives up leaving the place. When she returns to her workplace her boss makes her responsible for the damage done at the scooter she used and tells her that she has to pay for the reparation. She then has no choice but to ask Choi Han Kyul for money. After much pursuing and discussing she ends up working for him, she has to play his boy-lover so that he doesnt has to go for match-making. He still believes that she is a man and so he gets closer and closer to each other, and even become buddies. Choi Han Kyul is put in a dilemma where he has to start up a café for his grandmother and even triple the income within the time he has to return to the USA. Eun Chan supports him and encourages him to do the job and so he does and she also starts working with him, the only problem is that he thinks she is a boy and the café even only hires men. He starts to develop feelings for her while still thinking she is a boy and so he goes mad trying to solve his feelings.

In the review i chose to focus on the relationship between the two lead actors because it is really hard for me to write a review without exposing the whole story. At first i really loved the drama, wondered why i hadnt seen it earlier. Its alot of fun even though its again that typical girl-disguised-as-boy-and-boy-thinking-he-gay-story. It had a lot of humor at start but at some point in the middle it loses that and even becomes tiring as its those GAH!-problems that are so annoying. Its not a love drama you watch for love but a romance comedy. A thing i really liked though is that there is no mean mother, thank God for that!. And the "in-laws" arent that bad even though they are from another social class.. u know.. so it was more the development between the two of them.. And also i thought that the side-love-story between the other actors was cute and "bearable" (LOL!). And lol the actress is the same as the one from Vineyard man which surprised me. She's a really good actress i didnt even recognize her at first because she looked so different in this drama. Did i forget to mention anything? -.-'

Bunji's Verdict
This is one of the few brilliant dramas ever made, even though we’ve heard the story a million times, this one is defiantly a winner. Of all ‘girl-dressed-as-a-boy dramas’, it’s THE best, beating MANY great dramas (You're Beautiful, Hana Kimi JP, Hana Kimi TW, Sungkyunkwan Scandal). Okay, now you’re reading this, probably protesting, but different from those ‘teenage-crushes’ and ‘horrible-parents-being-mean’, Coffee Prince brings much more fun and is more relatable than the other dramas. And to be honest, probably the first time I didn’t want to punch the female lead in the end, like in all those other dramas. Eun Hye is magnificent, so is the only actor who able to shine as much as she is, Gong Yoo. I’m a BIG fan of his, because of his acting in CP, I had to watch Hello My Teacher.
To be frank, and simple a definite recommendation! (I have no idea how Jenji’s brain works, but THAT rating is just ridicules!)