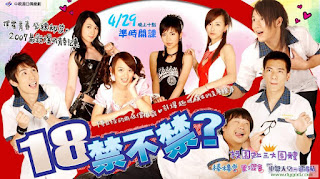 This drama is about a class, where the school rules are a bit different; boys and girls go in different classrooms, but are the same year. Boys and girls are not allowed to be involved nor are they allowed talking to one another.
One day, the school nurse persuades the school director to make an ‘experimental-class’, to join females and male into one class. Right at the beginning, HUGE hostility is made between the genders; because of the separation with the boys, the girls have become feminists and scary believing boys are nasty creatures, and the boys have become perverts who watch porn at every single occasion.
So it starts the clash of the two sexes...

I started this drama several years ago, I think around 6 years ago. There simply wasn’t a single subbing group interested in subbing this, and others just didn’t go further than an episode per 3 months or something like that. I loved the series. Yeah, it’s dirty and yeah ridicules a lot of times, but I gotta say... Splendid. I don’t know if it’s bad acting or if it is the comedy that does it, but the acting was just, well, different. And most of it was a bit stupid. But seriously, it was kind of cute that after every episode there was this “confession” that the person who did wrong says, and apologizes, or the entire episode’s moral is summed up. Fun :P
All in all, it’s okay.