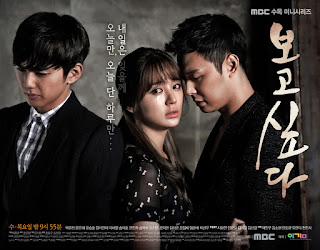 Lee Soo Yeon (Kim So Hyun) has lived her life in fear of her abusive father. To top that he is arrested for a murder, which automatically marks her as “a murders daughter”, and becomes a victim of bullying. She and her mother try to live as quietly as possible, but the family of the murdered victims take it out on the two by harassing and blaming them. When her father is executed, the detective in charge Kim Seung Ho (Jung Kwang Pyul) discovers that Soo Yeons father in fact is innocent, but is forced to keep quite by the higher ups to maintain the reputation of the police force. When he can’t cope with it anymore he tells it to Soo Yeons mother, who decides to go to his door step and move in with him and his daughter.
At the same time Han Jung Woo (Yeo Jin Goo) returns from America after hearing that his father, Han Tae Joon (Han Jin Hee) a wealthy CEO, has become ill. But when he returns he is met with rejection from his father, so he walks outside and meets Lee Soo Yeon. Unaware about her background he starts to like her. At first Soo Yeon tries to ignore him, but when he persists, they agree to meet the next day. Unfortunately the next day, Jung Woo’s grandfather, whom Jung Woo never met, had died, and he is to attend the funeral.  Some time back, Jung Woo’s father Han Tae Joon had made sure that his father had died, in order to get his money, but his stepmother hid the money aware of Tae Joon's greed. So Tae Joon tried to kill his much younger stepbrother Kang Hyung Joon (Ahn Do Gyu), but Hyung Joon had managed to run away with his nanny. All this in secret.
When Jung Woo starts in school, he finds out about Soo Yeon, thus tries to ignore her however they become friends in the end. But due to a traumatic event the two get separated and Soo Yeon disappears.
14 years later, Han Jung Woo (Park Yoo Chun) now a detective, has spent all years looking for Soo Yeon and has been taking care of Soo Yeons mother and detective Kim’s daughter who had lost her father, after trying to find Soo Yeon. Lee Soo Yeon now Zoey Lou (Yoon Eun Hye) has become a famous designer living with Kang Hyung Joon (Yoo Seung Hoon) now Harry Borrison.
After the death of Hyung Joon’s nanny, who had been living with them as Michelle Kim, Jung Woo is assigned to the case. Here he meets Zoey, who has the same smile and voice as Soo Yeon, but denies everything. So he tries to get close, and Zoey tries to get revenge. Harry on the other hand has another agenda: he wants to get revenge on his stepbrother… and the stepbrother’s son.

This drama just beats all melodramas out there, I mean wow... This really is one cruel drama, and heart wrecking on top of that, and all that without being draggy. Well I didn’t feel it was draggy, I just felt it was sad, really sad - cried, me! The kids that acted in the first part were brilliant, and I Yoo Chun blew me away (kind of expected it to like the way he acted in Rooftop - but it was way better!) Though, I’m biting my tongue saying this, I am disappointed in Eun Hye’s acting. She was just so-so, even though she tries really hard, and I mean she does a decent job, but if I compare with everyone else, it becomes dull you know - but it doesn’t ruin the all in all drama. The storyline is brilliant, and all the detailes are amazing, and the choice of actors and making of characters was perfect! Like I find Yoo Seung Ho’s smile scary now :( (:P)
My reason for the 4 heart rating is just because I did feel some parts typical - yes bit more modern, but still could’ve avoided them altogether - but that’s me.
I really recommend this drama, really good, and defiantly worth your time!