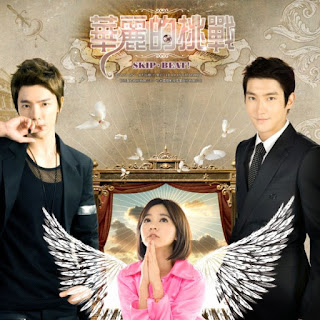 Since an extremely young age Gong Xi (Ivy Chen) has dedicated her life to her boyfriend Bu Puo Shang (Lee Dong Hae). All she wanted was to satisfy him and help him with everything. Bu Puo Shang left his family in order to pursue his dream of becoming an singer and Gong Xi followed him. Since then she had been like a maid for him. He would hide that they lived together and everyday he would care less about her and ignore her more and more. He started considering her less as a friend and only used her. One day Gong Xi witnesses Bu Puo Shang talk badly about her while with his manager and her whole world collapses. She vows revenge. She decides to take revenge by becoming even more successful than him. She somehow manages to join an agency where she starts her small but quickly recognizable career as an actress, where she also meets Dun He Lian (Choi Si Won). Dun He Lian is a famous actor who recognizes her potential and ends up somehow being friends with Gong Xi.

So why did I watch this drama? I don’t even remember, was is because of Si won? Probably.. There is one thing I really hated about this drama. So they dubbed Donghae and Siwon’s voices. Seriously I hate that so much! I get it they are famous so it means a whole lot when they shoot a drama and they get like extra lots of views and yeah even I watched it. But it’s just so bad. The drama itself was pretty alright even though the story is a bit weird. Like Gong Xi dedicated her life to taking care of Bu Puo Shang, ehmm..? What I really liked about it was the actor-stuff. They showed a side of acting we maybe don’t often consider. And it was pretty cool how they showed what it takes, that it takes talent and the talent was really visible. So I actually did enjoy it but at the same time I was thinking it’s a bit ridiculous but I guess I could bear it.

I bet you saw my rating and thought “what a bad drama”, well it is not. At least not as bad as the idea you have it to be. It is okay honestly it just ends off and without a real ending. I at one point was very captivated by the story but it just bores you unless you are interested in showbiz. It had a lot of ‘manga moments’ as I would call them, but it did not flutter my heart as the moments usually do. Though one thing did happen though: I wanted to watch a Siwon and Dong Hae drama, due to their acting. Kind of made me interested.
So watch? If you have watched or read Skip Beat you  might be a bit disappointed, but if you are an E.L.F you might just love this.