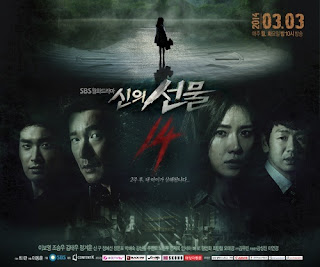 Kim Soo Hyun (Lee Bo Young) had it all: a successful career, a prosecutor husband and a beautiful daughter Han Saet Byul (Kim Yoo Bin). Though a little rough, Soo Hyun is a loving mother and has a loving relationship with her husband. Everything changes when her daughter gets kidnapped. After a failed investigation, her daughter’s body is found by the river, and Soo Hyun becomes depressed. Unable to forgive herself, she decides to kill herself by drowning. At the same time former detective, now turned private investigator Ki Dong Chan (Jo Seung Woo), is caught by the mafia for investigating their boss. He is shot and thrown into the same river at the same time, but miraculously wakes ups, and saves Soo Hyun. The two emerge from the water, and soon find out that the world aren’t as they left it. They have both returned two weeks before the kidnapping of Saet Byul.
At first Soo Hyun thinks of it as a dream, but as things seem to repeat themselves, she realizes that she needs to figure out how to save her daughter. And with the involvement of Ki Chan, they soon find out that there are more secrets behind the kidnapping than they initially thought…

This drama is one of those drama that took me so long to finish, mainly because the hype has settled down and the reviews weren’t that positive. When I started it, I was amazed by the acting (especially Jo Seung Woo, who I am a fan of) and the suspense, but very soon I noticed why it got disliked – the storyline just goes downhill fast. I don’t know what they were thinking while writing it, but it just was way too much. Too many secrets and too many twists, leading up to a climax which was dumb and completely out of the blue. Even the acting couldn’t save this one.
I remember finishing and kind of wondering, why did I watch this? I didn’t find it bad, yet it felt like a waste of time. But that is what you get with overly hyped drama I guess.
To sum up: not recommendable, but good acting from everyone involved.