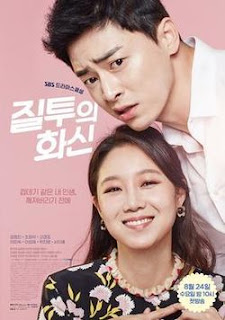 The most bizarre drama I ever encountered. From the description alone you can’t possibly expect how this drama unfolds. I liked it though, despite it’s bizarreness, it portrays some problems in society that’s not being mentioned. This drama might be a way to direct some awareness into the situation. I loved all the characters, except one. I’m not a big feminist or anything, but the way Pyo Na Ri was portrayed, was really pathetic for us woman, I really didn’t enjoy that part, more likely on the verge of uncomfortable. However, I more than enjoyed the fight between the two male leads and their childish jealousy. This drama made me laugh so much I felt like I was watching a variety. All in all, a really weird, different, all-around hilarious, and thought provoking drama.