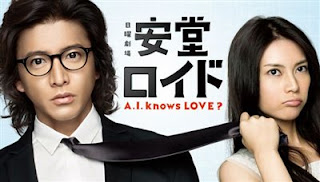 Matsushima Reiji (Kimura Takuya) is mathematical genius with a bit of an awkward stance. He works as a professor at a college with his younger sister who is equally brilliant as he, as his assistant professor. After meeting his girlfriend Ando Asahi (Shibasaki Kou) while playing Shogi online, the two fall deeply in love and decide to get married. All this changes when Reiji one day notices that a fellow researcher dies in what seems to be an accident, but Reiji firmly tells his sister that he is next in line, as he has found a list circulating online of people who will die: and he is next on the list. Reiji leaves the office in order to save the next one on the list after him: Asahi. He calls Asahi and declares his love for her, which confuses Asahi, especially when someone calls her right after. This makes Asahi suspicious and she leaves to check his office, where Reiji’s sister tells her about the list. Shortly after Reiji’s announced as missing and presumed dead, while in fact he had been murdered.
Unaware of this, Asahi is heartbroken and the next morning is pushed on the train rails by the same murderer that killed Reiji, but is saved by someone looking exactly like Reiji, yet is completely different than him. He introduces himself as an Android from the future with the mission of saving her from the same people, or in this case androids that killed Reiji. Now the questions remain why was Reiji killed, and why do they want to kill Asahi?

Okay I guess I spoilt a bit of the first episode, sorry.
This drama is not what I has expected: I kind of thought it would be a Kimura Takuya version of Absolute Boyfriend which is why it took me 3 years to begin watching, but it kind of reminded me of Terminator.
Anyhow usually a recipe for a good Japanese drama you would need two things to make it good: 1. A good plot, and 2. Kimura Takuya. Occasionally you need a 3. which is a great cast, but most of the time Kimura is enough. So basically you have an all ingredients, including no. 3, BUT then why is not a 5 star you ask? Well, that might have to do with me having quite the standards for sci-fi/time-travel dramas. As a fan of both categories, I have one thing that I mind: love stories between robots and humans. I won’t indulge but those kinds of stories make me uncomfortable. Also the plot kind of felt dumb at the end… I need a decent explanation for it – I really didn’t understand how feelings/emotions can become particles, and not to mention something that connects the future as well as makes people send emails, or whatever… But I guess that is Japan for you, not everything has to make sense.
Other than that, this drama is really thrilling, and I would recommend it to action and sci-fi lovers.

Thank you for your sharing,this blog is written fantastic.

Play games together like-minded, welcome together.OSRS Gold this website it's so good.