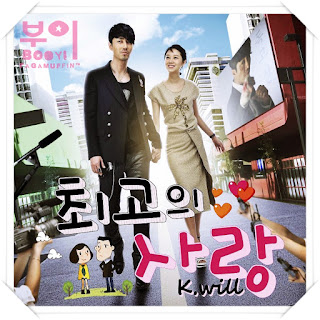 Goo Ae Jung (Gong Hye Jin) used to be a top idol together with Kang Se Ri (Yoo In Na) called “Treasure Girls”. In 2002 they rose to popularity and became national idols. At the same time a patient is undergoing heart surgery with only 5% of survival, but when the surgeon listens to the Treasure Girls’ hit during the surgery (where as usual surgeons would listen to classic), the patient miraculously survives.
10 years later Ae Jung is now a job-to-job celebrity hated by most people due to her bad image and reputation. After a variety job she notices a celebrity car, where she is made a fool of by top star Dokko Jin (Cha Seung Won), who throws trash at her, but leaves without her knowing his face. When his film hits the boxoffice, he waits for the American director Peter Jason to call him for a Hollywood role, which he auditioned for and is very confident about having gotten the role.
Ae Jung and Dokko Jin meet again, this time Ae Jung overhears him talking to his manager, and she by accident ends ups mentioning him on a radio show, and telling the world how close they are.
This goes completely wrong, as she is offered a job, only if she can make Dokko Jin answer the phone on the show…

I had heard and read about this drama for some time now, but I never really felt like watching such a cliché drama every again. First of all I am glad I didn’t watch it before, because I seriously don’t know how I would have reacted to it while watching all those other dramas. I mean this was a drama at the exact time I needed, since I seriously needed a good drama. This is funny, romantic, well-acted, without idols, amazing screen play and such a good scenario. I love both Gong Hyo Jin and Cha Seung Won now, a lot. The reason for it not being a 5 star is because I felt that the ‘ridiculous’ was overboard, but if you like that you should be able to watch it with pleasure  -  I had to bite my tongue a couple of times not to roll my eyes, but else it was pretty good.
A most definite recommendation!