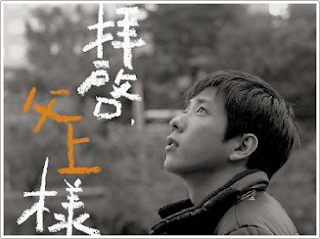 This drama revolves around the 23-year old Tawara Ippei (Ninomiya Kazunari) who works as a junior chef in an old Japanese styled restaurant called the Sakashita. Ippei grew up with a single mother that used to be a geisha, now owning her own bar. He has never met or seen his father, nor does his mother want to tell Ippei about him. Working at the Sakashita, he dreams of learning from the chief chef whom he is secretly hoping to be his father. The owner of the restaurant, also called Okami by the folks around, is the mistress of a well-known politician, who also helped Okami with the financials of the restaurant when it started. As he passes, the Sakashita starts to get problems with loans, and falls into debt.
As a domino effect, Ippei’s life starts to change, when he is tested in every aspect; dreams, future, family and love…

I started to watch this because of Nino, because I really love his drama and his acting. Though I had no idea what it was about in the beginning, it got me intrigued. I have to admit, I still am no 100% sure what it was all about, I do find it good. Maybe more of the serious kinds reminding me a bit of movies like “Yellow Tears /Kiroi Namids” but it was fine. Nino did a fine job, not really anything different than what he is used to, and the rest were okay as well. I did watch it in one go, might be my mistake but it still felt ok.
I wouldn’t really recommend this honestly, mainly because it really isn’t that interesting. On the other hand, I love Arashi :)