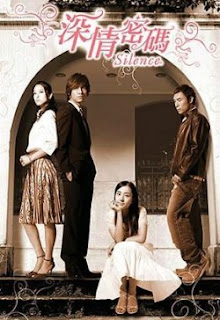 Zhao Shen Shen grew up with her single mother, and her neighbor uncle as her father figure. The uncles son Zuo Jun was her closest friend, and when they one day were on their way with bus, they were met with an accident, leaving Shen Shen mute as a result. Shortly after her mother meets an accident and dies, where after Shen Shen is taken in by her uncle. In the hospital she meets Wei Yi a boy of same age, who broke a leg. He becomes her best friend eventually first love when they exchange letters, though when he recovers he is released from the hospital, separating the two, but promise each other to meet again Christmas 2006.
Years later, Shen Shen (Park Eun Hye) lives with her uncle and his son Zuo Jun (Andy Hui). She owns a stall, and works in front of the same company building her uncle works at. The company just got a new general manager who happens to be Qi Wei Yi (Vic Zhou), young but ruthless, and the same kid that Shen Shen met as young though both are unaware of it. He fires Shen Shen’s uncle, making her angry, so she sets out to get revenge, only to start a feud…

Hmm, this drama has taken me just too long to finish, not because its bad, it just is slow. Like imagine that typical family feud: neglected wife, despicable father, coldhearted CEO son. And suddenly a pretty girl with the heart of gold becomes friends with the son, they fall in love, but the dad doesn’t allow it, since the son becomes less coldhearted. The girl is mute, so she is liked even more when she fights unrighteousness - and not to mention the two annoying supporting actors that simply won’t let go. Oh yeah, and the illegitimate child that wants to ruin the sons family. They apparently didn’t find that melodramatic enough, so they added cancer in the pool.
Lol, don’t get me wrong, I didn’t hate it, I just was stuck in 20 episodes of Chinese sadness: how’s that different than the Korean? I’ll tell you: they scream less, do less push-and-pull, and don’t make you want to throw up by continuing talks about why they can’t be together. So I feel miserable that everything became so sad… Man!
The lead couple is doing a good job, and so did everyone else, but I just felt it became mediocre. There wasn’t anything that made you want to continue it - unless you are a Vic Zhou fan like me.
But I recommend it, not to people who want humor, but to those who want a good story, sad, and without the stuffiness.