The Return of Iljimae Review 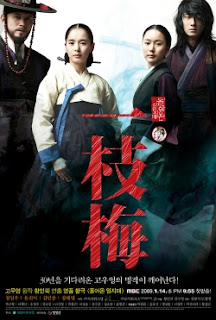 Title:  The Return of Iljimae

This is the story of Iljimae, from his birth to his fame. Iljimae  (Jung Il Woo) grew  up believing he was the son of his Chinese adoptive parents, until one day, a man comes by an gives him a letter his real mother had written him when he was a baby. He leaves his childhood home to find his father and mother, but when he arrives in front of his house he refuses to see him as his son. To make things worse the man who said to be his friend, the one who told him about his parents, betrays him, leaving Iljimae in fury and decides to run away to the mountains. There he meets Dal Yi (Yoon Ji Seo) and her father; he falls in love with her and they live together for some time until the royal guards find them, and it’s found out that Dal Yi is the daughter of a noble man who betrayed the king and the man who was her father is that noble man’s right hand. The two get executed in front of Iljimae, which leads to him going out in rage. He destroys most of the city, and the police try and find him. As he runs away he hides in a house, and sees a girl, Wol Hee who looks exactly alike like Dal Yi. She saves him and he disappears.
Several years later, Iljimae re-appears, fighting against the corrupt, steals from the rich and gives it to the poor…

I have no idea why, but I really love this drama! I honestly hate most historical dramas, but somehow this one was amazing, and the couple was perfect. I remember finishing and somehow my heart dropped by the thought that I wouldn’t be seeing this couple anymore.
I think the reason I like this drama has to be that I’m able to follow, since there is someone updating me all the time (the narrator talks in between), and it switches from sad to light comedy to love story. Oh yeah, and I’ve fallen in love with Jung Il Woo too… My crush list keeps growing *sigh* Somehow he reminds me more of ‘Iljimae’ than Lee Jun Ki. (I did not say that out loud :P)
I would recommend it, but it’s nothing like the other Iljimae, nor does it have anything to with the other drama, so don’t expect that…