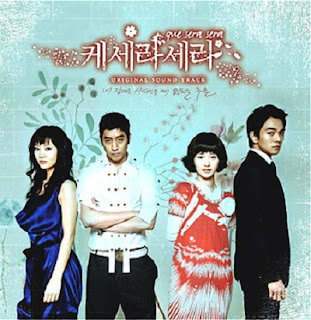 Kang Tae Joo (Eric) is a playboy, who targets rich woman that are soon to get married. That way he’s sure not to get too involved with the girl, and he’ll get something out of it as well. One day he returns from a date, and is met by Han Eun Soo (Jung Yoo Mi), sleeping in front of his door. He wakes her up, only to be attacked by her, accusing him of being a human trafficker. After a lot of misunderstandings and finally clearing them, it is found out that they live next door to one another. The two start to get an understanding for each other, and even end up dating, due to Eun Soo’s persistentness and one-sided love, but Tae Joo’s personality cant change that fast, and breaks up with her, to be Cha Hye Lin’s (Yoo Ji Hye) a chaebols daughter, prentend-boyfriend. Things get out of hand when Eun Soo starts dating Shin Joon Hyuk (Lee Kyu Han), her boss, also Hye Lin’s ex, and Tae Joo starts to get jealous…

I can’t really explain this drama, it one heavy crazy ass drama, but somehow very likable. I think it’s because it's continued, and really goes all out. Like the moments you think it’s finished, it continues, and the moment you think that they are going to be together, it never seems to happen. The drama is very adult, very Korean classic, and very very realistic, though you might disagree with me, I firmly believe that no one would cancel a wedding to be with someone who hurt you several times. I love Eric Moon, there I said it! And I really hope he’ll do more dramas…