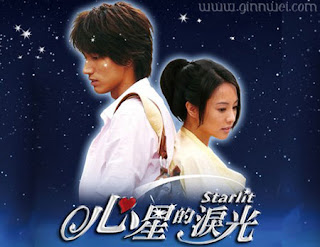 Cheng Yue (Jerry Yan) is a pianist, who once saved a girl from being hit by a car, which led him to break his hand. Everything seemed okay until he found out that he would never be able to have an agile hand again, which means that he’ll never be able to play piano again. His mother spent all her life trying to make him the best pianist in Taiwan, which only leads to him not doing anything else besides playing. After a huge argument, Cheng Yue leaves his mother and girlfriend, by running away and not contacting them again.
Two years past, Cheng Yue now a piano teacher, meets the girl he saved, Dong Xiao Lu (Terri Kwan), whom he now blames for all his mishaps, and ends up losing his job. Feeling guilty, she decides to help him get a new job at her company, and the two start to form a mutual understanding, and soon more than that. Cheng Yue confesses to Xiao Lu, but she rejects him telling him that she has never thought of him like that, but somehow her rejection seems halfhearted…

While I was watching the drama I didn’t feel the chemistry of the couple at all, even though it’s 22 episodes worth of screen time, which especially for a Taiwanese drama is long. Somehow the main actress annoyed the shit out of me, and made me want to yell “CUT!“ 50% of the time! Like there were times when I thought she was blind (like the actual physical form), but that was just because of the ridiculous acting.
On the other hand, she does a great job as a sick patient, and Jerry Yan does was he’s used to :P The drama reminded me of the Japanese 1 Liter of Tears with Nishikido Ryo and Sawajiri Erika, except it was adults and there was much more love story than illness.