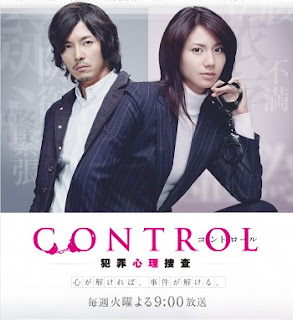 Segawa Rio (Matsushita Nao) is a hot headed police officer who never thinks twice when she is to do something. She believes in honest police work, and can’t sit still. She lost her only family, her father who was killed by a robber, and since then tries with all her might to find the criminal. When she is promoted to the main branch, she believes that she’d finally be able to do some real work; she finds out that he has become the manager of the ‘Violent Crime Unit Branch’. She is to assist the psychology professor, Nagumo Jun (Fujiki Naohito), who is there to help with confusing cases: a form of profiling. Both Rio as a newbie, and Jun as an ‘outsider’ they seem to get the cold shoulder from the rest of the unit, but somehow they start to make their own place in the branch…

It’s a good drama no doubt; it’s just not completely interesting. More like, I don’t know, an okay speed. The acting is not quite there, but it is acceptable. And the storyline somehow is good, but just not exciting. I wouldn’t exatly recommend it, but it’s a good ‘time-user’, if you like don’t feel like watching a heavy drama, or not really in the mood for romance, this drama could be a good pick…