Cheese In The Trap Review 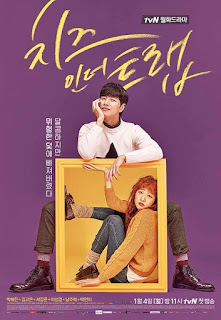 Having returned to college after a yearlong break, due to her family's poor background, Hong Seol (Kim Go Eun), a hard-working over-achiever, inadvertently got on the wrong side of Yoo Jung (Park Hae Jin), her senior who is athletic, good looking, gets good grades and has a kind personality, but also a hidden dark side. From then on, her life took a turn for the worse and Seol was almost certain it was all Yoo Jung's doing. After almost a year of weird behavior around her, such as getting dropped from important courses and others suddenly mistreating her, Yoo jung, the person she least expected anything from, suddenly is friendly towards her. He keeps asking her out, and help her around school, but somehow Seol doesn’t want to trust him. How will this shape their relationship?

Wow, what an unfair plot I just wrote there, I really didn’t know where to stop, I’m not quite satisfied with what I wrote, but oh well. You have to know that this drama is based on a webtoon, and has gained quite an audience, me included. I started the webtoon before the drama, so I knew what I was going into. I got to say that I think the scripters did a good job, staying true to the original story while still adding new details that gave something fresh to the drama. I think everyone is entitled to their own opinion on the drama. I would be the last person to question why someone feels the way they do about it. If someone felt it went downhill and was terrible, that's valid. If someone thinks the overall experience was amazing, that's valid, along with all the other opinions people may have. I belong to the later opinion. I loved this drama and everything in it (except for the ending, but I won’t comment on that!). An extremely realistic, slice-of-life drama depicting a love story in the context of university life. Since I’m a university student too, I could REALLY put myself in Seols shoes, and feel her frustrations. A pity that the drama experienced some controversial issues over the directing as well as bad publicity from the original webtoon. I didn’t read so much about the controversy, since I loved the drama and appreciated the actors hard work, and was afraid I would get influenced about the millions of opinions out there. To sum it up, I think this is one of the good dramas out there, and I really did appreciate it.