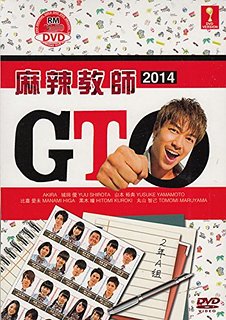 Graduation is around the corner, and the exam preparations are stressing out the students in year 3: Onizuka’s (AKIRA) 3.B is no exception. Even though some are going to college, a few of them have already got jobs, and others are in training. Feeling the pressure, the students end up fighting and even turning their backs on Onizuka , believing he simply does not understand them. On the other hand Onizuka is being told to let the students deal with their own problems as he won’t be there for them ones they leave the school, and their teacher-student relationship will end once they graduate.
Not knowing what to think of it Onizuka decides to stay low, but when the students are starting to hit walls, Onizuka feelings begins to have mixed and confused feelings. What is he going to do, and will 3.B be able to graduate?

Compared to the other special I liked this one more, just because the story is much more fitting for Onizuka’s class and general personality. It has the entire ‘feel’ of students having to deal with the concept of growing up and how Onizuka is able to help: it sort of feels like another episode from the serial, which makes it all better.
Honestly when I thought this was the last time I’d see the class I was a bit upset, mainly because I liked them. Okay yes, they are fictional, but somehow you grow with them. And not to mention how great the relationships are.
I’m really trying not to spoil anything, so I am going to end here and say that it is really good!