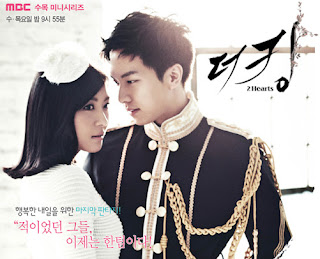 The relationship between North Korea and South Korea has always been tense, even today. But they both have a wish for uniting though through different principles.  At the WOC competition between different nations, the South and North want to show the rest of the world that they can win as one team. And to show just how much they want to be unified the South decides to send their prince Lee Jae Ha (Lee seung ki), though it is more because his brother, the King, wants to teach him a lesson. Lee Jae Ha protests but uselessly, and he is put in a team with 2 other south Koreans and 3 north Koreans, two male and one female. Kim Hang Ah (Ha ji Won)’s reason for joining is only as a favor so she can find a husband. She is tired of not being seen as a feminine woman and misses having a relationship. Lee Jae Ha is a lot after her and believes she isn’t qualified but she will fast prove him wrong. The two of them quickly develop feelings, but their love is like a forbidden love. Kim Hang Ah is someone the north is proud of and a representative, while Lee Jae Ha is from the royal family. During the tension the king and his wife are murdered and the blame is put on the North. Lee Jae Ha has to step in as the king to lead the people, but at the same time he also wants to be with Kim Hang Ah. Will he be able to fulfill both? Will he lead the people without acting selfishly and will the people be satisfied with him as a king, and can he have his love?

I actually surprisingly really loved this drama. I’m not sure I have anything bad to say about it. I absolutely loved the couple actually. And I was SO surprised by Seung ki and his role, his character, his acting and everything. I didn’t mind Ha Ji Won either, I’ve heard some people weren’t satisfied but I really don’t have anything negative to say. Again she has a role where she fight a lot lol but yeah it fits her I guess, even though she isn’t quite like that in real life, she does a great job. I loved his older brother the king. He is really cool as a brother. And the whole thing I kind of really understand, the tension and the reason for everybody’s actions and all. It’s a romance where it’s about fighting for love when it’s really tough and supporting one another. It’s not the kind of love that gets interrupted by other people and all the three/four-sums.. And the second lead couple was so nice as well. I really really liked them. I enjoyed the drama especially the male actors (HAHAHA!)

It took me unnecessary long to watch this one, but that was honestly because I really dislike the entire north vs. south theme, and especially when the army is involved. The reason(s) I started was the actors, even though I don’t really LOVE Ha Ji Won, but I adore Lee Seung Gi. The idea of following a married royal couple was kind of good as well, so I gave it a shot. I was fairly surprised, not because the north vs. south thing changed, but because of the amount of emotions this drama gives you. Not only the love story, but also the general family issues and problems, and the intense tension in EVERYTHING. I also felt the two leads were really cruel to one another, like they were really mean when they tried to hurt the other.
I never judge a drama by its Gominams (pretty men) but here the gominams are AWSOME, not just pretty faces, but actually good actors - so yeah a well-acted drama.
In order not to spoil more, I will end and say good drama, with good action and whatever you need in a drama like this.