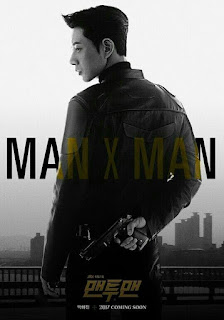 A longtime celebrity Yeo Woon Gwang (Park Sung Woong) suddenly has a need for a bodyguard and hires Kim Seol Woo (Park Hae Jin), a man trained in special investigations and a mysterious man of many talents. In reality, Kim Seol Woo is a NIS black ghost agent who has his own agenda and the role of a bodyguard is only a cover to achieve his goals. The drama is about the twisty events they encounter and the budding bromance between the star and bodyguard. In addition, Kim Seol Woo gets romantically involved with Cha Do Ha (Kim Min Jung), the manager of Yeo Woon Gwang.

Yes! Park Hae Jin in a decent role that fits him so well, was so much more enjoyable than anything else in this drama. I was just really happy for him, that he got this opportunity, and I hope he will get better ones in the future. Storywise I liked, but I think it dwelled too much in the entertainment than the action and secrets society. I know that there should be two aspects to this, but personally I think they considered the one with the superstar actor and his people more than the ghost agent. And that is a little sad, since he should be the focus point. Nevertheless, I did enjoy this drama, and was looking forward to it every week. The romance part didn’t appeal to me, it felt forced somehow, maybe the focus wasn’t on the romance at all, definitely no chemistry. To sum it up, I really liked the drama and I do recommend it. You can find it on Netflix!