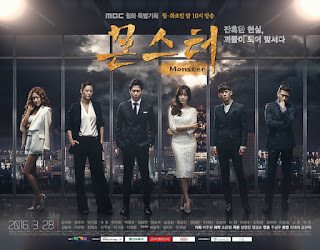 Right before turning 18, Lee Guk Cheol (Lee Ki Gwang) lost both his parents, and his eye sight, in a car crash. This left him to be the heir of the biggest company in Korea, but due to greed and conspiracy, Guk Cheol is left without any allies, and his entire heritage is stolen by the man he calls his uncle Byun Il Jae (Jung Bo Suk).
Several years later, now living on the streets, Guk Cheol (Kang Ji Hwan) lives as a beggar with one goal in his mind: to get revenge on the people who killed his family and get his company back. As it happens he meets a woman who offers him help, in return he has to donate his blood with has antidotes to a virus, which he had been injected while young. While trying to infiltrate the company, now known as ‘DoDo Group’, Guk Cheol, now Kang Gi Tan, meets Do Gun Woo (Park Ki Woong) who has a hidden agenda, and Oh Soo Yeon (Sung Yu Ri) whom he finds awfully familiar for some reason.
At the same time Byun Il Jae has an agenda of his own, but little does he know Kang Gi Tan is right in the middle of it…

I cannot believe I finished this! Yes, there are 50 episodes, but this drama is soooo makjang and complicated – like secrets and drama and lies… The only thing missing what a brother-sister-possibility, which by the way I am more than glad didn’t happen. I remember watching the first few episodes feeling excited that it was so simple – fast forward 20 episodes, it’s hell. Like it is SO confusing. When I had write the review/summary I was squeezing my brain to remember the beginning, only to feel as if years had gone by and these characters were from another drama… I think the director went for the miserable feeling, and got a really annoyed Bunji instead, who predicted every outcome at every single episode ending. Especially the ending – which didn’t move me at all. The leads are pretty common – disappointed I Kang Ji Hwan for a second time after Big Man, which was a bore like this one – and the other actors… almost all of them, particularity the lead actress, who annoyed me more and more as every episode went by… but the all kind of did. The only one that grew on me were: Do Shin Young (Jo Bo Ah), the spoilt brat who showed character development, and Moon Tae Gwang (Jung Woong In) the loyal servant of Dodo group until he was fired due to it. I actually loved for their moments – and yes, to see how it ends as well (If I had predicted it well – and I had). And somehow these characters grow on you... I mean 50 episodes!
Besides that, this drama doesn’t really offer much, only the typical chaebol’s fighting their typical fights of power. But I guess that is what Koreans love to watch.
All in all; not something I would recommend to people – maybe to hardcore binge watchers?