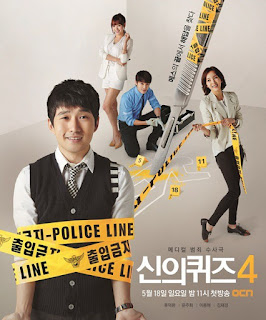 “Korean University Hospital's Forensics Office is authorized to and responsible for conducting independent investigations of rare diseases and related events.”
After passing out on the street, Han Jin Woo (Ryu Duk Hwan) has been in a comatose state for almost a year. Kang Kyung Hee (Yoon Joo Hee)  barely managed to save him by pulling strings everywhere, and has taken care of him ever since. Stressing out because of her job, and worrying about Jin Woo, her current case is driving her up the wall. The Forensic office has had a cut down and now only has very few doctors working there. When Jin Woo wakes up everyone is ecstatic, and he immediately wants to work again, but is still confused about why Kyung Hee refuses to tell him who the surgeon for his operation was.
Back as the perfect duo, Kyung Hee and Jin Woo work cases again, but for some reason people are following Kyung Hee, and her sunbae from her past seems to have to do something with it..

Compared to the other seasons this one was the most normal one, and yet most likable. For the first time, we have a good ending to the miserable lives of these people, and we have a happy everyday happening, even though the world is completely crazy and freakish. We can actually see these people have a normal life instead of being too focused on the murderers and their victims - not that they forget them though.
I also like that their pasts come into play, as we meet some people we completely forgot existed in the first place. And another love story... Kyaah!
Okay, I won’t spoil, but this is one good season and I really EXPECT another one.

Kamji's Verdict
One thing that I have noticed, and it could just be me, is that there was a general lack of chemistry in the team dynamics. That is just what I felt. It didn’t seem like this team was really as close as in previous seasons. Even though there was some great cases touching on some really important and dark and scary subject matters, even though the people involved in most of the cases touched me in some way, I really do think this season was the flattest yet and that’s really sad. But because I’ve watched all the other 3 seasons right after each other, and I gotta say the previous seasons were awesome, so maybe my expectations was a little too high. Nevertheless, I enjoyed it, and of course watching the familiar characters was joy and happiness enough for me. Looking forward to season 5 (C’mon OCN).